Skip to content
Reflections and reviews of 2020, shared. Free shipping on orders over$50
Select Currency: X
WOOCS v.1.3.4.1
More posts regarding: It Gets Better Labor Movement Tolerance
[Disclosure]
This site contains links, referrals, and ads from our affiliates and partners.   [Full Disclosure] ×
×

When Amy Coney Barrett became the third justice appointed to the U.S. Supreme Court during Trump’s presidency, I couldn’t help but think about the court’s recent decisions that have, for the moment, preserved or expanded civil rights.

In June, the court preserved the Deferred Action for Childhood Arrivals program, for now; struck down an unlawful ban on abortions in Louisiana, for now; and, in the bombshell Bostock v. Clayton County decision, granted lesbian, gay, bisexual, and transgender people the right to federal workplace protections under Title VII of the Civil Rights Act.

I thought about these decisions in the context of the court’s unpredictable ruling record, including granting exemptions to the law for religious organizations.

I considered just how short-term our wins could end up being under the court’s new conservative majority.

I think unions could be key in transforming the labor movement by strategically organizing LGBTQ workers into their ranks.

It all brought up an important truth for me: the “law of the land” is ever changing—and the odds of getting justice are always stacked against those of us who cannot easily access legal advocacy. So, we organize.

History has shown that we have to demonstrate the power of the people to make our rights real on the ground.

As a labor and community organizer, I get to be a part of that work.

Still, as a Black nonbinary, lesbian, and immigrant worker, I’ve longed to find a piece of the labor movement that centers all my parts. 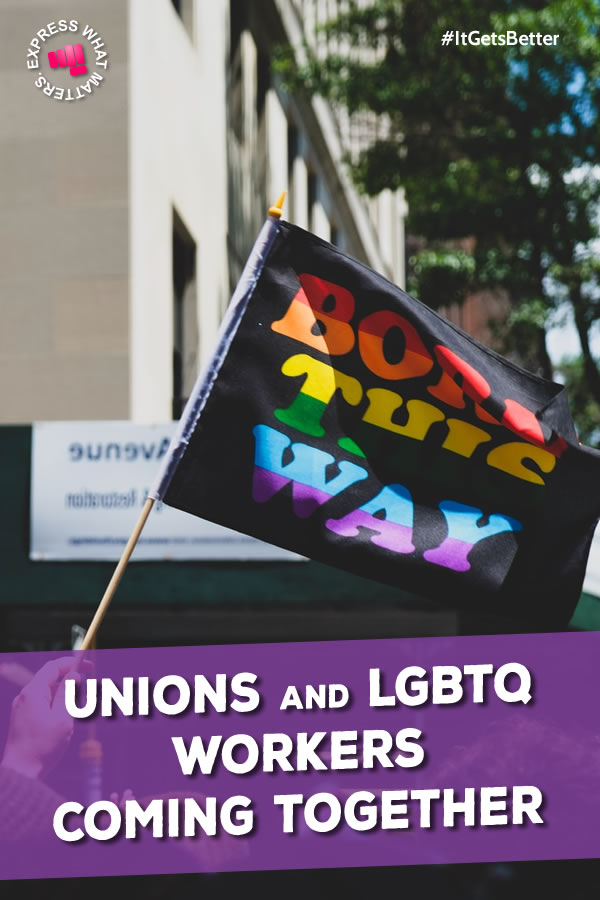 I think unions could be key in transforming the labor movement by strategically organizing LGBTQ workers into their ranks.

There are 8.1 million LGBTQ working people in the United States, most of whom live in places without local laws that prohibit gender or sexual orientation discrimination in housing, education, or public accommodations.

This is the landscape in which LGBTQ workers are fighting workplace discrimination, the crisis of violence against trans people, and the murders of Black, Indigenous, and other trans women of color.

A 2018 report from the Movement Advancement Project found that 25% of LGB and 27% of transgender people report experiencing discrimination at work.

The report also showed that Black, Latinx, Asian, and other people of color are more likely than White people to identify as LGBT—and make up a third of the LGBT population in the U.S.

And for 1 million undocumented LGBTQ workers in this country, hostile immigration policies make it almost certain that they, in particular, will face increased risks of discrimination and exploitation at work.

Unions could make a difference here.

I know unions aren’t perfect. In fact, a White union worker, James F. Blake, had Rosa Parks, a Black woman, arrested in 1955 for refusing to give up her bus seat to a White passenger in Montgomery, Alabama.

For instance, U.S. Customs and Border Protection agents have been accused of racist, physical, and sexual abuse of migrants and asylum-seekers.

The National Border Patrol Council, a union and affiliate of the American Federation of Government Employees, claims to represent 90% of about 18,000 of these Border Patrol agents, and leadership regularly uses dehumanizing language to describe migrants and asylum-seekers.

This union, like the segregated transportation unions of the past, put the labor movement at odds with the common good.

This is why it is more important than ever that unions rethink in which workplaces and with which populations they choose to build power.

It’s time to meet the challenge of openly bringing more marginalized workers into their memberships and leadership.

There are also lessons to be learned for the mainstream gay and lesbian advocacy contingent of the LGBTQ movement, which has power-fueled two strategies: winning policy changes and shifting popular opinion.

These strategies previously culminated in SCOTUS striking down part of the Defense of Marriage Act in 2013, and then affirming a constitutional right to same-sex marriage in 2015.

Both of these rulings were touted as victories for all LGBTQ people.

The reality is that the end of DOMA, and even the embrace of marriage equality, fell short—really short—of what Black, Brown and immigrant LGBTQ (emphasis on the T) people need to live full lives.

What these rulings did was affirm mostly White, mostly gay, and mostly middle-class people’s access to one of American society’s notable upward mobility tools: marriage.

What it didn’t do was fix the economic crises that transgender and LGB people of color find ourselves in, while earning disproportionately less than our straight, cis, and White counterparts.

At the National LGBTQ Workers Center, we’re not a union, but we come from the union movement.

Jones and I both know what it’s like to have a contract that mitigates discrimination in pay and promotions—or a shop steward who has your back—and the democratic power of a worker-funded political action committee.

We’ve both been laid off with a clear severance policy that allowed us to support our families for a few months—something that many workers can only dream of in today’s pandemic economy. It’s what all workers deserve.

LGBTQ workers could be the poster children for the power of a union contract.

We are often denied raises and promotions, and discriminated against or harassed because of our gender identity or our sexual orientation.

But imagine if we could measure our movement’s strength by the harms we can prevent altogether.

The constant anti-union lawsuits certainly don’t help. But what if the version of the labor movement that brought union membership to its peak in the early 20th century is outdated for today’s American workforce?

There may not be an LGBTQ union, but there are LGBTQ people in many unions. Click to Tweet

It’s about time that unions paid more attention to these often-overlooked workers.

Bringing hundreds of thousands of LGBTQ workers into unions would move the labor movement further in the direction of racial and gender justice—period.

It is worth saying that changes in the courts and in the law do matter too. I, for one, was overcome with joy when I heard about the Bostock decision on the morning of June 15, which also happened to be my wife’s birthday.

But I couldn’t ignore the questions of how this would be enforced in Georgia, where I live, or wondering what would happen if SCOTUS invalidates this decision the way that it invalidated parts of the 1965 Voting Rights Act in 2013.

That ruling came down under the nation’s first Black president, no less.

The results of that 2013 decision have been hard felt, especially in places like Georgia, where the stakes have risen significantly over the past few weeks, as the nation turns its eyes to our state and braces for two hotly contested runoff elections that could determine which party controls the U.S. Senate.

What does stand the test of time is workers coming together to set standards and determine what is fair and just, not for one, but for the whole.

And, yes, this can happen even without a union.

It did in 1881 when formerly enslaved African-American washerwomen in Atlanta went on strike to demand better conditions and higher pay for their back-breaking labor.

They organized and they won, and most domestic workers continue to do so today, without a union.

Many ideas move the labor movement, and I believe the time has come for unions to lean on the potential that LGBTQ workers represent as a base.

How? Prioritize LGBTQ workers in their advocacy to the incoming administrations. Support organizations such as the National LGBTQ Workers Center and others.

This year, we launched an LGBTQ anti-discrimination hotline in Chicago that provides workers with culturally competent peer-support as they navigate incidents or patterns of discrimination.

Unions can start by looking to us for solutions now, just as we look to them for much-needed reinforcement.

A way for the LGBTQ community to reduce discrimination at the workplace is to support the unions. Spread the word with yaKesho merch! 👊🏿👊🏽👊🏻

It's a known truth that the strong treads on the weak. Don't be exploited by others. Know your worth, spread the word with this merch! 👊🏿👊🏽👊🏻

For all you light-hearted Luddites, express in unity, your rage against the machines with this authentic yaKesho graphic merch. 👊🏿👊🏽👊🏻

Sometimes we need to put things into perspective and get our priorities in order. Without health not much else matters. Express it! 👊🏿👊🏾👊🏽

Sometimes we need to put things into perspective and get our priorities in order. Without health not much else matters. Express it! 👊🏿👊🏾👊🏽

What do you do when the one person you want comfort from the most is the one who caused your pain? Express with yaKesho merch. 👊🏿👊🏾👊🏽

If the Police have their Unions Unisex Hoodie

If the Police have their Unions Unisex Long Sleeve T-Shirt

If the Police have their Unions Unisex Short Sleeve T-Shirt 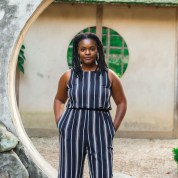 Aimée-Josiane Twagirumukiza (they/them) is a non-binary lesbian and Rwandan immigrant who works as the Black Organizing Director at the National Domestic Workers Alliance. An opinion writer who focuses on the experiences of LGBTQ people and Black immigrants, they are a Public Voices Fellow of The OpEd Project, and currently serve as the Secretary-Treasurer of the National LGBTQ Workers Center, which fights against sexual and gender discrimination in the workplace. 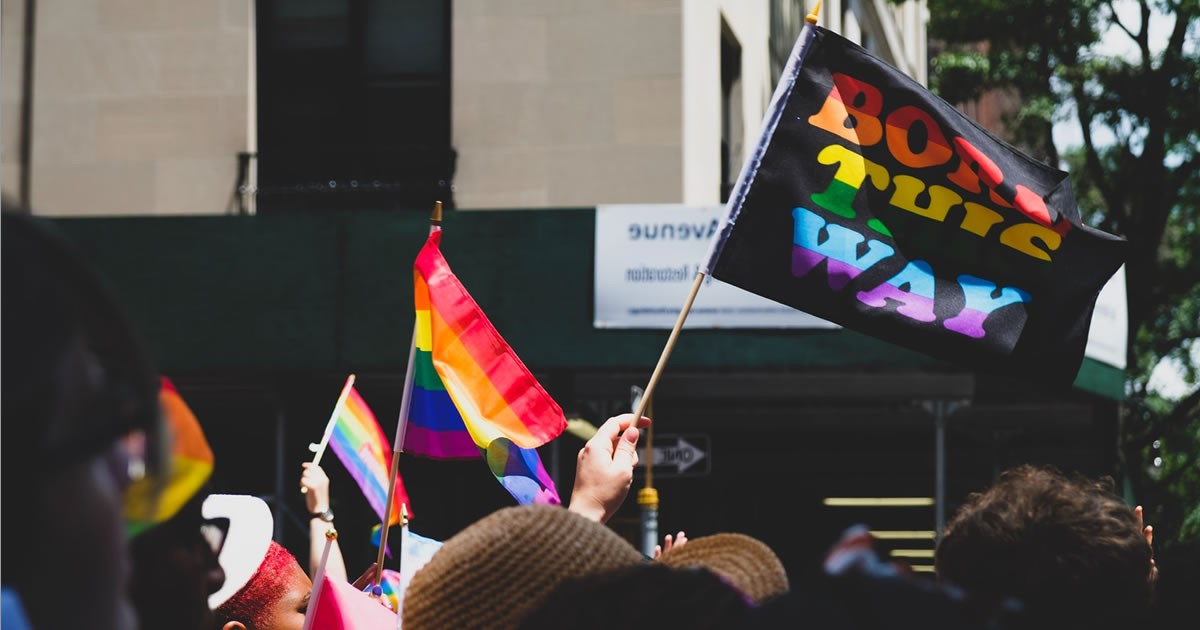 Unions and LGBTQ Workers Coming Together

When Amy Coney Barrett became the third justice appointed to the U.S. Supreme Court during Trump’s presidency, I couldn’t help but think...
Subscribe to Our Monthly Magazine