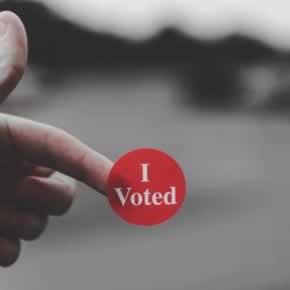 Politics refers to a set of activities associated with the governance of a country or an area. It involves making decisions that apply to members of a group. It refers to achieving and exercising positions of governance—organized control over a human community, particularly a state. The academic study focusing on just politics, which is, therefore, more targeted than general political science, is sometimes referred to as politology.

In modern nation-states, people have formed political parties to represent their ideas. They agree to take the same position on many issues and agree to support the same changes to law and the same leaders.

An election is usually a competition between different parties. Some examples of political parties worldwide are the African National Congress (ANC) in South Africa, the Democratic Party (D) in the United States, the Conservative Party in the United Kingdom, the Christian Democratic Union (CDU) in Germany and the Indian National Congress in India.

Politics is a multifaceted word. It has a set of fairly specific meanings that are descriptive and nonjudgmental (such as “the art or science of government” and “political principles”) but does often colloquially carry a negative connotation. The word has been used negatively for many years: the British national anthem as published in 1745 calls on God to “Confound their politics”, and the phrase “play politics”, for example, has been in use since at least 1853, when abolitionist Wendell Phillips declared: “We do not play politics; anti-slavery is no half-jest with us.”

A variety of methods are deployed in politics, which include promoting one’s own political views among people, negotiation with other political subjects, making laws, and exercising force, including warfare against adversaries. Politics is exercised on a wide range of social levels, from clans and tribes of traditional societies, through modern local governments, companies, and institutions up to sovereign states, to the international level. ― Wikipedia

As stars around the world petition Brazilian President Jair Bolsonaro to protect Indigenous peoples from the COVID-19 pandemic, anthropologists debate …