More on: Biodiversity
[Disclosure]
This site contains links, referrals, and ads from our affiliates and partners.   [Full Disclosure] ×
×

Life on this planet, in all its wide diversity, is disappearing more quickly now than it has at any time in human history, and some 1 million species of plants and animals face extinction, new research from the United Nations has found.

The Intergovernmental Science-Policy Platform on Biodiversity and Ecosystem Services, or IPBES, released a summary of the report May 6 in Paris.

“The overwhelming evidence of the IPBES Global Assessment, from a wide range of different fields of knowledge, presents an ominous picture,” Robert Watson, a chemist who chairs the IPBES, said in a statement from the platform.

“We are eroding the very foundations of our economies, livelihoods, food security, health and quality of life worldwide.”

The IPBES, which includes representatives from more than 130 countries, plans to publish the full, 1,500-page report — the most far-reaching on the decline of biodiversity and how it relates to human survival to date — later this year.

It was the result of an investigation into around 15,000 studies by 145 researchers. The outlook for the range of species that we share the planet with — and on which we depend — is dire, according to the authors.

On land, the number of species has dwindled by an average of 20 percent, mostly in the last 120 years.

Sensitive groups of animals have been particularly hard hit, with 40 percent of amphibians and about a third each of corals and marine mammals facing possible extinction.

“This loss is a direct result of human activity and constitutes a direct threat to human well-being in all regions of the world,” Josef Settele, an agro-ecologist, and co-chair of the report, said in the IPBES statement.

With a population of 7.6 billion, humans have played a major role in these declines, from the way in which we use the land and oceans, such as farming and fishing, to logging, mining and other attempts to pluck natural resources from sensitive ecosystems, the report found.

Ranching and large-scale agriculture, for example, have blazed through forests in the Amazon and Southeast Asia, leading to the loss of 1 million square kilometers (386,000 square miles) of tropical forest since 1980.

Warmer global temperatures have squeezed some species from their traditional habitats; the chemicals we use pollute the air and water; and invasive species outcompete and wipe out native wildlife, all of which have left their mark on Earth’s biodiversity.

“Of monumental note is that, collectively, significant destructive forces arise from the actions of impoverished peoples living at the edges of society, working to eke out an existence often with little choice but to have minimal concern for environmental impact,” Thomas Lovejoy, a biologist at George Mason University and the “godfather of biodiversity,” wrote in the journal Scientific Advances on May 6. 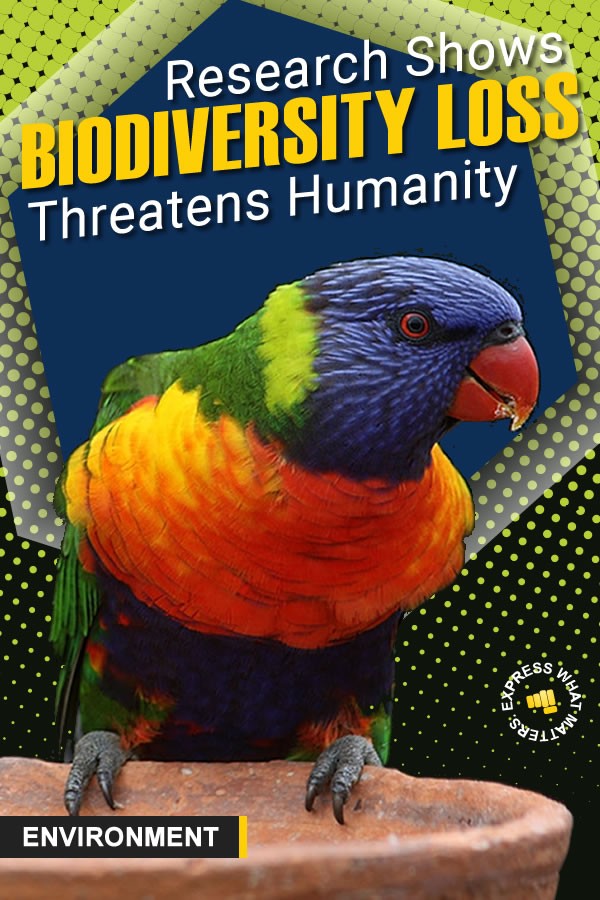 But in shaping the world to our will, humans have paradoxically weakened the very foundation on which our own existence rests, the authors say.

“Ecosystems, species, wild populations, local varieties and breeds of domesticated plants and animals are shrinking, deteriorating or vanishing,” Settele said. “The essential, interconnected web of life on Earth is getting smaller and increasingly frayed.”

Only about one-third of the ocean remains relatively free of the signs of human impacts, according to the report. The research revealed that about 60 percent of fisheries around the world are pushed to the brink of sustainability, and 33 percent of marine fisheries cannot cope with the pressure they’re currently facing.

To Louisa Casson of Greenpeace’s Protect the Oceans campaign, those figures demonstrate that human use of the ocean is short-sighted.

“Our oceans sustain all life on Earth. Yet most international collaboration has focused on how best to exploit marine life and this precious shared environment,” Casson said in a statement from Greenpeace. “Instead of plundering the seas for short-term profit, governments should be putting equity and sustainability at the heart of their approach to the oceans.”

Many commentators say that the report’s findings, while not unexpected, demonstrate the need for urgent action.

“The IPBES report makes it clear that our global response to protect natural systems must be bolder and more assertive than ever,” John Robinson, executive vice president for conservation and science with the Wildlife Conservation Society, said in a statement. “Nature is crashing due to human activities and we need to respond as a global community and take personal responsibility in how we consume, vote and live, and we must push governments to take meaningful action.”

But in shaping the world to our will, humans have paradoxically weakened the very foundation on which our own existence rests. Click to Tweet

“The IPBES report on the global state of biodiversity is shocking but not entirely surprising,” said Andrew Norton, director of the International Institute for Environment and Development, a London-based think tank, in a statement. “The question is, how much more evidence and repeated warnings will it take for governments, companies and financial institutions to wake up to the urgency and act?”

While we need to search for more sustainable energy and food sources, Norton also pointed to the role that indigenous groups could play in shoring up biodiversity.

“It is important the report highlights indigenous peoples and local communities’ key role,” he said. The abundance of species is declining more slowly on indigenous lands than it is in most other spots.

“It is imperative that greater attention is given to strengthening indigenous and local communities’ rights to manage their land and resources sustainably and to resist external development pressure unless it is in their own interests,” Norton said.

“They must be able to play an active part in all efforts to conserve biodiversity, while their right to use nature is protected.”

“The combination of scientific evidence and indigenous and local knowledge makes this report much richer,” Anne Larigauderie, IPBES’s executive secretary, said in a statement from the Forest Peoples Programme.

In fact, said Lakpa Nuri Sherpa of the Asia Indigenous Peoples Pact, nurturing the link between the natural world and humans could make indigenous communities a powerful force in slowing the accelerating loss of species, which the report’s authors expect will continue through the middle of the 21st century.

“We interact with nature every day, and we think carefully how we manage our resources — we have spiritual and sacred relationships with our natural resources, which means we must manage our lands in a sustainable way so we can pass it on to the next generation,” Lakpa said, according to the statement from the Forest Peoples Programme. “Indigenous peoples don’t see nature as separate from people.”

This article is republished from Mongabay under a license.

We must save Our World from Us Unisex Joggers

We must save Our World from Us! Unisex Sweatshirt

We must save Our World from Us! Unisex Long Sleeve T-Shirt

We must save Our World from Us! Unisex Short Sleeve T-Shirt

Modern industry has made great strides in turning trash into tomorrow’s new products, but the process is still a long way from perfect. New tech can help. 👊🏿👊🏽👊🏻

A look into the consequences of biodiversity loss. Life on this planet, in all its diversity, is disappearing more rapidly now than ever before. 👊🏿👊🏾👊🏽

To slow or stop global warming, the world agrees it must cut carbon dioxide emissions. But monitoring each nation’s output is not always easy. 👊🏿👊🏾👊🏽 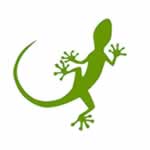 Mongabay aims to raise awareness about social and environmental issues relating to forests and other ecosystems. 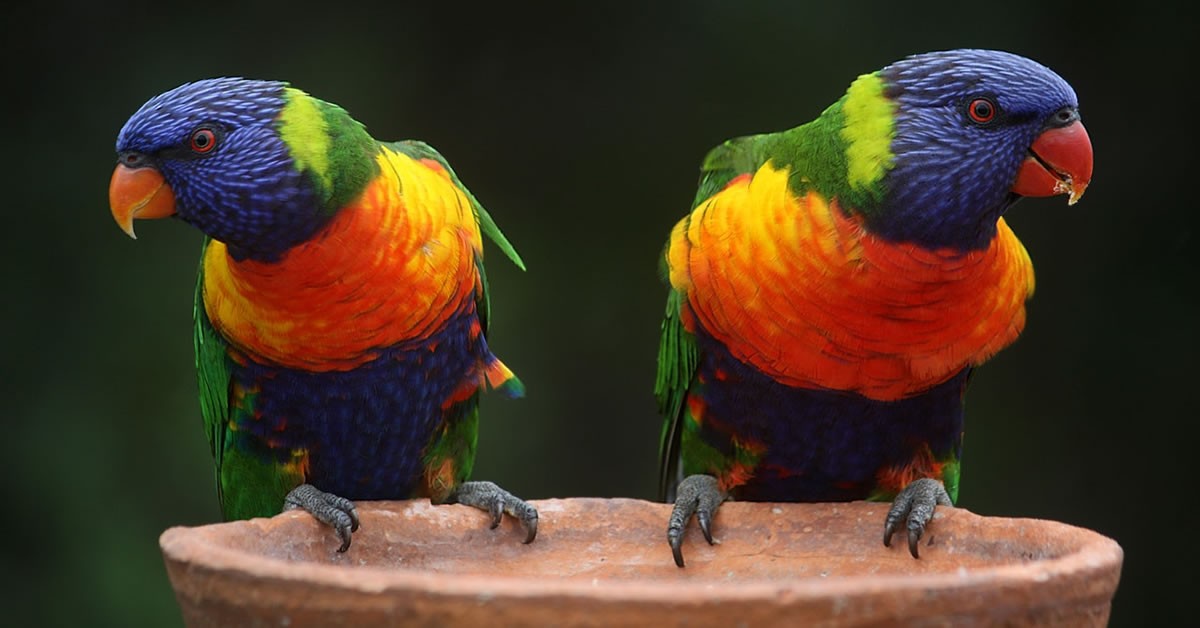 An in-depth look into the consequences of biodiversity loss. Life on this planet, in all its diversity, is disappearing more rapidly now than ever before.
Subscribe to Our Monthly Magazine