Lawmakers across the country are proposing policy measures to cut or loosen ties to traditional policing.

By now, the refrain is a familiar one—visible on bobbing signs at Black Lives Matter demonstrations around the world, as a trending hashtag on social media, or written in chalk on neighborhood sidewalks: #DefundPolice.

The heightening call by the Movement for Black Lives, advocates, and activists to divest from the 18,000 police departments in the United States and invest in Black and Brown communities reflects mounting frustrations that police reform and accountability efforts have done little or nothing to arrest police violence in those communities.

The idea of a defunding or divesting from police is not entirely new, and strategies for what it could look like can include everything up to abolition. But at its core, the movement isn’t really about eliminating all law enforcement from any city overnight.

Rather, it’s about reimagining public safety and realigning priorities so that cities are spending less on militarized police forces and more on services that can lead to a reduction of crime in the first place.

In the wake of George Floyd’s killing by Minneapolis police officer Derek Chauvin, lawmakers across the country, from Los Angeles to Minneapolis, Seattle to New York, and the U.S. Capitol are proposing policy measures to cut or loosen ties to traditional policing, which has roots dating back more than 400 years to the slave patrols.

This week, Congressional Democrats unveiled sweeping police reform legislation even as some in Congress, and the democratic presidential nominee, Joe Biden, were hesitant to embrace the idea of defunding, searching instead for more nuanced language.

The U.S. Conference of Mayors launched a police reform and racial justice working group to devise recommendations on policing.

In Los Angeles, Mayor Eric Garcetti vowed to cut as much as $150 million that had been part of a planned increase in the police department’s budget after activists rallied outside his home.

"The idea of defunding scares a lot of people, but should not. Police presence in Black communities has never represented safety." — Rev. Harriett Walden Click to Tweet

A veto-proof majority of Minneapolis City Council members have pledged to dismantle that city’s police department, looking for what council president Lisa Bender called a “transformative new approach” after the failure of repeated reform efforts amid the well-publicized deaths of Black people by the police.

Councilman Jeremiah Ellison tweeted:  “We are going to dismantle the Minneapolis Police Department. And when we’re done, we’re not simply gonna glue it back together.”

And in Seattle, Socialist Council Member Kshama Sawant is building community and city council support around a plan to halve the city’s $400 million police budget—about a quarter of the city’s general fund—and use the money to “fund grassroots initiatives for restorative justice, housing, health care, and employment and other services.”

“We need affordable housing to end the racist gentrification,” she explains. “We need jobs for our young people in communities of color and we need to address the Green New Deal.”

The Movement for Black Lives and a coalition of more than 100 other Black rights organizations, citing a 220% increase in police and corrections spending over the past 40 years, wrote an open letter asking people to sign a petition to demand local officials decrease funding for police departments and redirect funds to things such as health care, education, infrastructure, and community programs.

“Frankly, it’s encouraging to see this call to defund police resonating and being repeated and amplified by so many people,” said Scott Roberts, senior director of criminal justice campaigns for Color of Change, a racial justice organization that grew out of the aftermath of Hurricane Katrina in 2005.

Roberts says when the group started building out its policy platform alongside other organizations working to address issues affecting Black communities, one of the frames for policing was “divest/invest”—reassessing resources being invested in policing and the overall system of incarceration and investing them in things that keep Black communities safe.

“It’s shocking to me that the [divest] part of the demand is the thing that resonated the most with people,” he says. “I frankly have been of the belief that you have to talk about the invest part or people wouldn’t get what you’re saying.”

The Rev. Harriett Walden understands the challenges inherent in trying to fix the police. Co-founder of Seattle-based Mothers for Police Accountability, she is also co-chair of the Community Police Commission, a civilian body established as part of the agreement between the city of Seattle and the U.S. Department of Justice to develop police reform recommendations.

The Minneapolis police killing of Floyd, she says, “broke through the apathy in this country around police violence toward Black people, showing it’s not normal; it’s inhumane for one human to do this to another while wearing a uniform…”

The idea of “defunding scares a lot of people,” she says, but shouldn’t. “Police presence in Black communities has never represented safety.”

Walden says that while police may sometimes de-escalate, many times they can escalate situations, too. “We’re not safer because they come; they come with a presence…,” she says.

Across the country, cities have explored other public safety alternatives to traditional policing.

In 2012, with crime and corruption rampant in Camden, New Jersey, the city disbanded its police department and created a new countywide one with a community focus.

Between 2012 and 2019, violent crime dropped 42% in a city that was routinely named one of the country’s most violent.

Officers are encouraged to knock on residents’ doors just to say hello or host community cookouts and invite local residents.

They are trained to de-escalate situations and have a duty to intervene if they see another officer using excessive force.

In recent days, Camden, a city of 74,000 people across the river from Philadelphia, has been offered up as an example of how a city can disband and rebuild its force, although detractors have criticized, pointing out that the new department, with 400 officers, is even bigger than the one it replaced.

Other cities, meanwhile, are looking for ways to peel away some of the functions of the police.

In Eugene, Oregon, for more than 30 years, the White Bird Clinic has operated a mobile mental health crisis intervention team called CAHOOTS, Crisis Assistance Helping Out On The Streets. 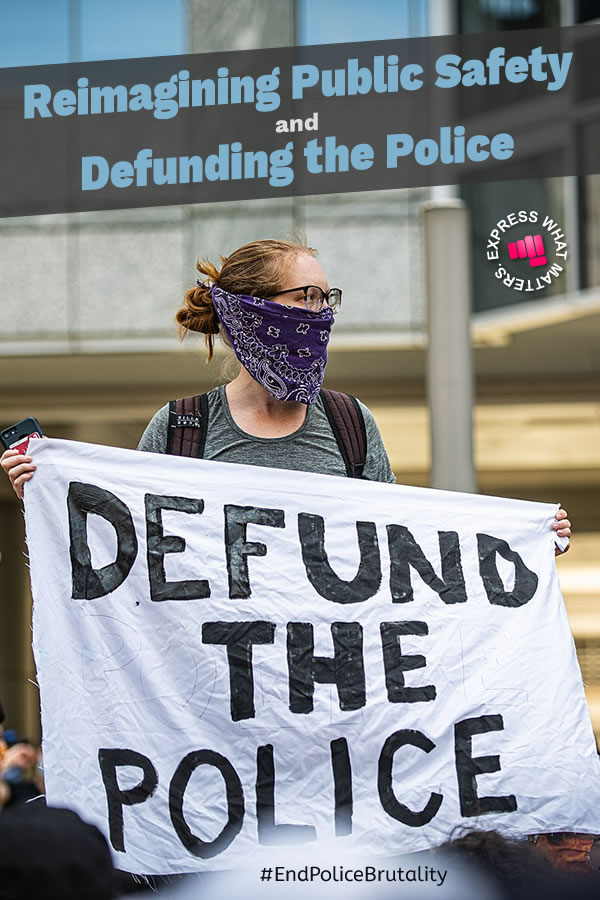 In the wake of Floyd’s killing and the national protests, CAHOOTS has been taking inquiries from cities across the country and explaining how the model could play a role in police reform. Denver and several other cities are considering it.

In 2015, the mayor of Newark, New Jersey, created the Newark Community Street Team, as a reduction strategy for community-based violence.

With the motto ‘you can’t have public safety without the public,’ the program hires, trains, and deploys outreach workers and high-risk interventionists to engage high-risk intervention, including those at risk for becoming a victim or perpetrator of violence, and support crime survivors in the South Ward and West Ward of Newark—while building trust.

Roberts of Color of Change says that as a society, we have been socialized to rely on the police for so many issues and that has in turn led to the over-policing in Black communities.

I tell people all the time, ‘just think about a safe community. What does it look like? There’s not a cop on every corner.  It has economic stability. Quality schools. People have health care and jobs.’

“In fact, if you do see a cop on every corner in a neighborhood, you know you’re in a dangerous place. The police will never get a community to a point where it is thriving.”

Norm Stamper, who was the chief of police in Seattle during the World Trade Organization riots more than a decade ago and has written a book about fixing America’s police, has long advocated for a partnership system between the community and public safety officials—something he refers to as the People’s Police.

Stamper calls the nation’s cop culture “toxic and dysfunctional,” one that gives rise to the likes of Derek Chauvin, the former Minneapolis police officer who knelt on Floyd’s neck for close to nine minutes.

“So the question becomes, ‘Is there anything that we can do differently that has not been recommended or attempted through consent decrees or blue-ribbon commissions and task forces that would actually reduce the kind of horrific behavior that we saw in Minneapolis on May 25?’”

It’s time, he says, to acknowledge that what we’re doing is not working. “We need to create a new structure that will produce a different public safety culture.”

A way for the LGBTQ community to reduce discrimination at the workplace is to support the unions. Spread the word with yaKesho merch! 👊🏿👊🏽👊🏻

It's a known truth that the strong treads on the weak. Don't be exploited by others. Know your worth, spread the word with this merch! 👊🏿👊🏽👊🏻

Who's Policing the Police Unisex Hoodie

Safety is not soley an individual responsibility. But it always begins with self. Be safe. Not sorry. Stay vigilant. Express it with yaKesho merch! 👊🏿👊🏾👊🏽

Imagine a fresh approach to public safety that focused on de-escalation first and physical force as a last resort. Express it with yaKesho merch! 👊🏿👊🏾👊🏽

1 in 4 women and 1 in 7 men have been victims of violence by a partner in their lifetime. Express the continued commitment to ending domestic violence. 👊🏿👊🏾👊🏽

Imagine a fresh approach to public safety that focused on deescalation first and physical force as a last resort. Express it with yaKesho merch! 👊🏿👊🏾👊🏽 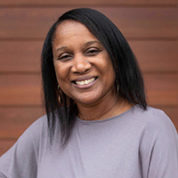 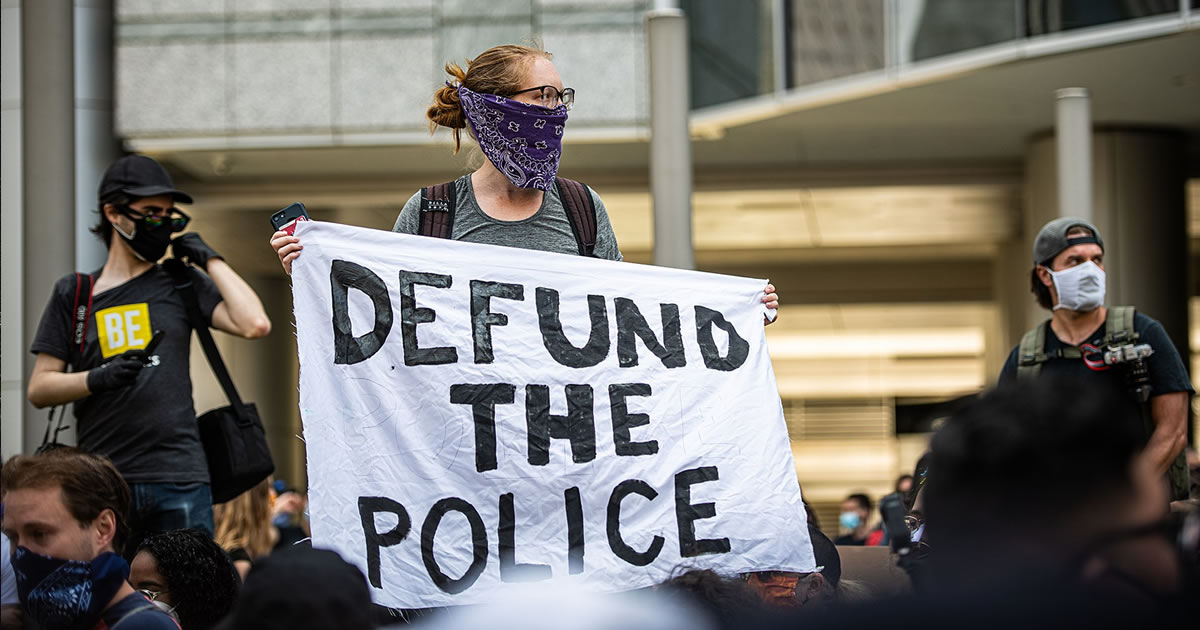 Lawmakers across the country are proposing policy measures to cut or loosen ties to traditional policing and reimagining public safety.
Subscribe to Our Monthly Magazine