I didn’t expect this story to become so personal. But as I interviewed young Guatemalan immigrants who work overnight shifts in factories in suburban Chicago, I started seeing the boy I imagine my father once was. Stoic. Exhausted.

You see, if it wasn’t for child labor, I don’t know if I’d be here.

My father grew up in rural Mexico in the 1950s. It was a life of poverty and hunger. He attended maybe a year of school, learning to read and write and to do some basic math.

As the oldest boy of nine siblings, his parents expected him to work. First on the family farm.

Then, when he was about 15, he went alone to Mexico City to work at a massive recycling facility, he told me when I called to interview him recently.

The building was split into three sections: one for paper, one for glass and one for animal bones.

Apparently, the bones were pulverized to make dog food.

Every day he went to a landfill where he bought piles of paper and bones from scavengers and then shoveled the waste onto a truck.

He told me about the families he saw at the landfill who raised their children and chickens amid the trash.

“It was dirty. You don’t want to know about that,” he said, his way of protecting me still, even though I’m a 36-year-old mom.

Each night, when he finished, his body was caked in the dust from the crushed bones and stank of the landfill.

He showered with a hose outside the boarding house where he rented a room.

After several months, my dad returned to his village, wearing crisp blue jeans he’d bought with his earnings.

He handed over the rest of his money to his mother.

He would go on to do two more stints like this before immigrating to the U.S. when he was 17 with two cousins and a man from a nearby village.

This summer and fall, as I heard Guatemalan adolescents describe their immigration stories and their sense of duty to support their families back home, I realized they were around the same age as my father was when he first left home.

I spent a lot of time with these teenagers, mostly on long phone calls between school and work, or on the sidelines at their soccer games, pursuing an idea I had back in March, in the early days of the coronavirus pandemic.

For about a year, I’d been hearing that more Guatemalan immigrants were showing up on factory floors, and that among them were teenagers who worked overnight while they attended area high schools during the day.

I told my editors I thought there might be a story to tell about these immigrant teenagers who were now “essential workers.”

I wasn’t sure what kind of story this would be or if it was in fact happening, if I could get people to talk to me.

But my gut, and what I knew of my father’s experiences, told me it was true.

I told the teens I met about my father’s story and how that helped me understand, in a small way, something about their own lives. I told them I believed their stories had value.

And I told them that the millions of Americans who seemed to pay so much attention to the plight of Central American children at the border just a few years earlier should know how challenging and complicated their lives are today.

Eventually, I gained the trust of more than a dozen of the adolescents and young men I met in Bensenville, where they lived.

But having that trust was scary. I didn’t want to cause them harm, and theirs is a complicated story to tell.

These young people work in conditions few Americans can imagine for their own children: cutting and packing meat, scrubbing sharp pieces of metal and hosing down heavy machinery.

They sometimes get hurt and are vulnerable to exploitation.

The government agencies charged with enforcing labor laws don’t investigate because nobody is complaining.

And because they work so late, the teens are often too tired to learn much in school.

But they don’t see themselves as victims. They’re not asking to be rescued.

They talked with me on the condition that I wouldn’t identify them or the companies where they work; they’re afraid they or some of their young co-workers could lose their jobs and the ability to support themselves, or that they could face criminal penalties. (We are using only partial names to identify the teens.) 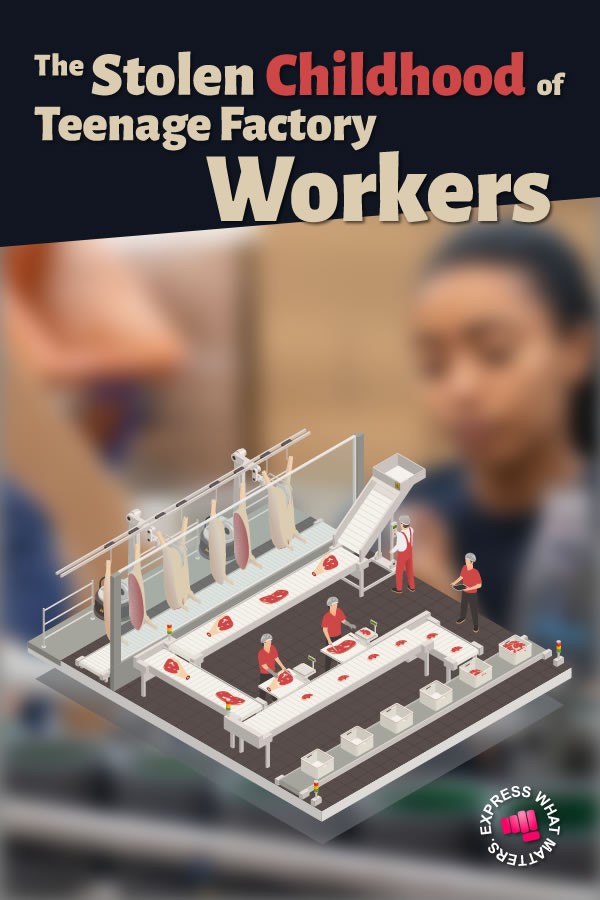 “Maybe [naming the company] won’t impact me, but that could hurt everybody else,” one teen told me. “I wasn’t the only minor there.”

Another worried about the companies he’s worked for. “It’s like you’d be blaming them, saying, ‘This factory put adolescents to work,’” he said. “From my perspective, they’re doing something good because they let us work.”

At their root, their experiences and those of young people like them stem from messy systemic and generational problems, starting with intractable poverty and violence in their home countries with bloody histories that have been complicated by U.S. intervention.

Then there’s the fundamentally flawed U.S. immigration system that makes it difficult for people to come here even as American businesses are eager to give them jobs.

And in a lot of the developing world, childhood is a luxury. I asked a scrawny 15-year-old boy who works at a candy packaging facility about how he sees his future.

He told me, his voice still cracking from puberty, that he doesn’t want his children “to suffer the way I have suffered.”

The comment stayed with me: a child telling me about how he dreams of a better life for children he does not yet have.

But I get it. If his kids are born here, like I was, they’ll have more opportunities than he did in Guatemala. My father probably would have said the same thing 50-some years ago.

I hope you’ll read the story. Please share and tell me what you think.

Also, if you’re a young immigrant with this kind of background and work experience, or an educator, or anybody else who is seeing students like these, I’d love to talk. Email me at [email protected].

If the Police have their Unions Unisex Hoodie

If the Police have their Unions Unisex Long Sleeve T-Shirt

If the Police have their Unions Unisex Short Sleeve T-Shirt

The robots are coming, and they’ll probably take your job when they get here. Oh wait—have you heard that recently? 👊🏿👊🏽👊🏻

Analysis and opinion on the predatory nature of student loans in America. The plight of many young people saddled with student debt. 👊🏿👊🏾👊🏽

View
Economy
This Century Will See Massive Shifts in the Global Population, Economy, and Power Structure

The future involves a hot, crowded planet, where we need to figure out how to feed everyone and control rising global temperatures, or does it? 👊🏿👊🏾👊🏽

As I interviewed young Guatemalan immigrants who work overnight shifts in factories in suburban Chicago, I started seeing the boy I imagine my father once was. 👊🏿👊🏽👊🏻 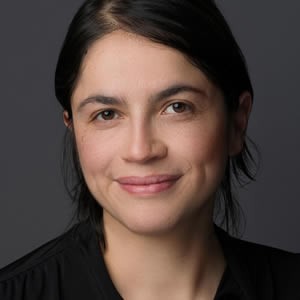 Melissa Sanchez is a reporter at ProPublica Illinois who is focused on immigrants and low-wage workers. Her work here examining Chicago’s punitive ticketing and debt collection system helped prompt major city reforms, including the end of driver’s license suspensions for unpaid parking tickets and debt relief.

As I interviewed young Guatemalan immigrants who work overnight shifts in factories in suburban Chicago, I started seeing the boy I imagine my father once was.
Subscribe to Our Monthly Magazine