The Challenge of Abundance: Boredom, Meaning, and the Struggle of Mental Freedom

More on: Freedom Happiness
[Disclosure]
This site contains links, referrals, and ads from our affiliates and partners.   [Full Disclosure] ×
×

As technology continues to progress, the possibility of an abundant future seems more likely. Artificial intelligence is expected to drive down the cost of labor, infrastructure, and transport. Alternative energy systems are reducing the cost of a wide variety of goods. Poverty rates are falling around the world as more people are able to make a living, and resources that were once inaccessible to millions are becoming widely available.

But such a life presents fuel for the most common complaint against abundance.

If robots take all the jobs, basic income provides us livable welfare for doing nothing, and healthcare is a guarantee free of charge, then what is the point of our lives?

What would motivate us to work and excel if there are no real risks or rewards? If everything is simply given to us, how would we feel like we’ve ever earned anything?

Time has proven that humans inherently yearn to overcome challenges—in fact, this very desire likely exists as the root of most technological innovation.

For instance, kids who use anti-bacterial soaps and sanitizers too often tend to develop weak immune systems, causing them to get sick more frequently and more severely.

People who work out purposely suffer through torn muscles so that after a few days of healing their muscles are stronger.

And when patients visit a psychologist to handle a fear that is derailing their lives, one of the most common treatments is exposure therapy.

A slow increase of exposure to the suffering so that the patient gets stronger and braver each time, able to take on an incrementally more potent manifestation of their fears.

It’s not hard to understand why people might fear an abundant future as a terribly mundane one.

But there is one crucial mistake made in this assumption, and it was well summarized by Indian mystic and author Sadhguru, who said during a recent talk at Google:

Stomach empty, only one problem. Stomach full—one hundred problems; because what we refer to as human really begins only after survival is taken care of.

This idea is backed up by Maslow’s hierarchy of needs, which was first presented in his 1943 paper “A Theory of Human Motivation.” Maslow shows the steps required to build to higher and higher levels of the human experience.

Not surprisingly, the first two levels deal with physiological needs and the need for safety—in other words, with the body. You need to have food, water, and sleep, or you die.

After that, you need to be protected from threats, from the elements, from dangerous people, and from disease and pain.

But what about the next tiers of the hierarchy? What of love and belonging, of self-esteem and self-actualization?

If we’re lonely, can we just summon up an authentic friend or lover? If we feel neglected by society, can we demand it validate us?

If we feel discouraged and disappointed in ourselves, can we simply dial up some confidence and self-esteem?

Of course not, and that’s because these psychological needs are nebulous; they don’t contain clear problems with clear solutions.

They involve the external world and other people and are complicated by the infinite flavors of nuance and compromise that are required to navigate human relationships and personal meaning.

These psychological difficulties are where we grow our personalities, outlooks, and beliefs.

The truly defining characteristics of a person are dictated not by the physical situations they were forced into like birth, socioeconomic class, or physical ailment but instead by the things they choose. Click to Tweet

So a future of abundance helps to free us from the physical limitations so that we can truly commit to a life of purpose and meaning, rather than just feel like survival is our purpose.

And that’s the plot twist. This challenge to come to grips with our own individuality and freedom could actually be the greatest challenge our species has ever faced.

Can you imagine waking up every day with infinite possibilities? Every choice you make says no to the rest of reality, and so every decision carries with it truly life-defining purpose and meaning.

That sounds overwhelming. And that’s probably because, in our current socio-economic systems, it is.

Studies have shown that people in wealthier nations tend to experience more anxiety and depression.

Ron Kessler, professor of health care policy at Harvard and World Health Organization (WHO) researcher, summarized his findings of global mental health by saying, “When you’re literally trying to survive, who has time for depression?

Americans, on the other hand, many of whom lead relatively comfortable lives, blow other nations away in the depression factor, leading some to suggest that depression is a ‘luxury disorder.’”

This might explain why America scores in the top rankings for the most depressed and anxious country on the planet.

We surpassed our survival needs and instead became depressed because our jobs and relationships don’t fulfill our expectations for the next three levels of Maslow’s hierarchy (belonging, esteem, and self-actualization).

But a future of abundance would mean we’d have to deal with these levels. This is the challenge for the future; this is what keeps things from being mundane.

As a society, we would be forced to come to grips with our emotional intelligence, to reckon with philosophy rather than simply contemplate it.

Nearly every person you meet will be passionately on their own customized life journey, not following a routine simply because of financial limitations.

Such a world seems far more vibrant and interesting than one where most wander sleep-deprived and numb while attempting to survive the rat race.

We can already see the forceful hand of this paradigm shift as self-driving cars become ubiquitous.

For example, consider the famous psychological and philosophical “trolley problem.” In this thought experiment, a person sees a trolley car heading towards five people on the train tracks; they see a lever that will allow them to switch the trolley car to a track that instead only has one person on it.

Do you switch the lever and have a hand in killing one person, or do you let fate continue and kill five people instead?

For the longest time, this was just an interesting quandary to consider.

But now, massive corporations have to have an answer, so they can program their self-driving cars with the ability to choose between hitting a kid who runs into the road or swerving into an oncoming car carrying a family of five.

When companies need philosophers to make business decisions, it’s a good sign of what’s to come.

Luckily, it’s possible this forceful reckoning with philosophy and our own consciousness may be exactly what humanity needs.

Perhaps our great failure as a species has been a result of advanced cognition still trapped in the first two levels of Maslow’s hierarchy due to a long history of scarcity. 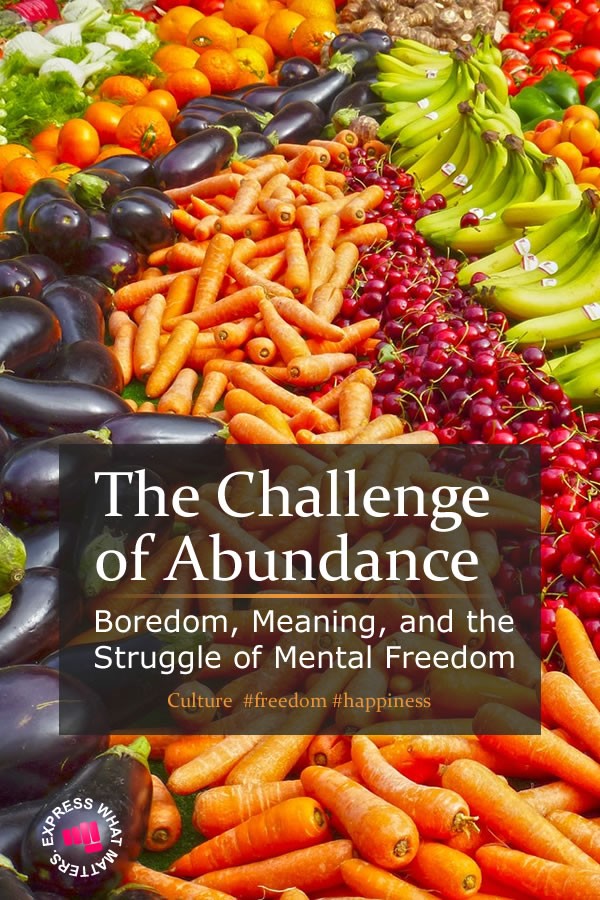 As suggested in the opening scenes in 2001: A Space Odyssey, our ape-like proclivity for violence has long stayed the same while the technology we fight with and live amongst has progressed.

So while well-off Americans may have comfortable lives, they still know they live in a system where there is no safety net, where a single tragic failure could still mean hunger and homelessness.

And because of this, that evolutionarily hard-wired neurotic part of our brain that fears for our survival has never been able to fully relax, and so that anxiety and depression that come with too much freedom but not enough security stays ever-present.

Not only might this shift in consciousness help liberate humanity, but it may be vital if we’re to survive our future creations as well.

Whatever values we hold dear as a species are the ones we will imbue into the sentient robots we create. If machine learning is going to take its guidance from humanity, we need to level up humanity’s emotional maturity.

While the physical struggles of the future may indeed fall to the wayside amongst abundance.

It’s unlikely to become a mundane world, instead, it will become a vibrant culture where each individual is striving against the most important struggle that affects all of us.

This article is republished from Singularity Hub a publication of Singularity University under a license.

Our conversations about fatness are extremely one-sided: “We’re very good at talking about fat people without ever talking to fat people.” 👊🏿👊🏽👊🏻

Surveys show, issue after issue, women are more liberal than men, save for one: Men are more likely than women to support legalizing marijuana. 👊🏿👊🏾👊🏽

The unrest sparked by the death of George Floyd after being pinned to the ground by the knee of a police officer has left US cities a battle zone. 👊🏿👊🏾👊🏽

View
Culture
Why White Kids Need Hamilton More Than Ever

The retelling of one of America’s Founders showcases how some people need to hustle to get ahead—highlighting systemic racism in U.S. society. 👊🏿👊🏾👊🏽

View
Culture
Pluralism: Islamic Law Is Alive and Well in the U.S.

Looking past the prejudice, demagoguery, and common phobias. This post takes a hard and honest look into the realities of Sharia in the USA. 👊🏿👊🏾👊🏽

View
Culture
Vigilantism, again in the news, is an American tradition

With a pandemic, police violence, and a presidential election stressing Americans, it seems like people are taking to vigilantism more and more. 👊🏿👊🏾👊🏽

I watched football players from Duke University, my alma mater, and the University of Notre Dame, my current employer, take to the gridiron. 👊🏿👊🏽👊🏻

View
Culture
The Challenge of Abundance: Boredom, Meaning, and the Struggle of Mental Freedom

What would life be like if we didn't have to worry and struggle to provide for our fundamental needs? Would we grow bored with life? Enjoy. 👊🏿👊🏾👊🏽 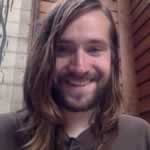 Steven is a computer scientist, freelance writer, and researcher living in Portland, Oregon. He’s particularly obsessed with exploring the neuroscientific and psychological impacts technology is having on the human mind. 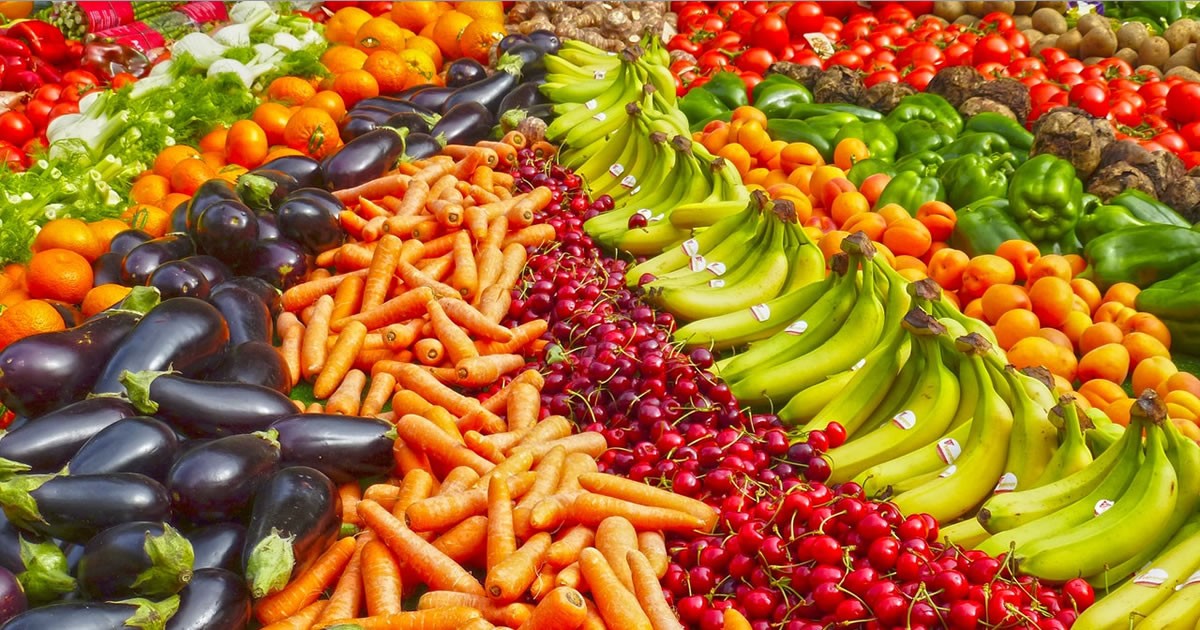 Challenge Of Abundance: The Struggle of Mental Freedom

What would life be like if we didn't have to worry and struggle to provide for our fundamental needs? Would we grow bored with life? Enjoy this analysis.
Subscribe to Our Monthly Magazine