When was the last time you spoke to a fat person about their experience being fat? Or, if you’re fat, when was the last time a thin person asked you about your experience of fatness? According to activist and writer Aubrey Gordon, our conversations about fatness are extremely one-sided: “We’re very good at talking about fat people without ever talking to fat people.”

In a world where thinness reigns supreme and diet talk is as normal as talking about the weather, fat folks rarely have the opportunity to share their stories without fear of being bullied or berated.

Gordon, also known as “Your Fat Friend,” (previously anonymously), has claimed her own space online where fat stories are welcome.

She’s written essays about living as a fat person, as well as informative pieces about the harms of diet talk, how to examine your anti-fat bias, and the public health risks of fat-shaming.

In her new book, What We Don’t Talk About When We Talk About Fat, Gordon seamlessly threads a personal narrative with data and history.

It’s a much-needed and accessible addition to fat discourse.

On a dreary Thursday morning in Seattle, I hopped on a call with Gordon to chat about her new book.

Her voice felt familiar even though we had never met, and I soon realized that her online moniker is accurate: I felt like I was talking to a friend, one who understood the pain of living in a body that society is constantly trying to shrink.

“We just seem to be stuck in dogged pursuit of an answer to this one question: how do we stop having fat people?

I don’t know that there is much that is more demoralizing to me than hearing people I love talk about how much better the world would be without people like me in it.”

Gordon opens her book with a story about being put in a middle seat on a plane as a size 28, and the anger she received from the man sitting next to her.

“Wherever I go, the message is clear: my body is too much for this world to bear. And it’s reinforced by the people around me.

Like the man on the plane, strangers take it upon themselves to tell me what I already know: that I won’t fit and I’m not welcome,” she writes.

This kind of discrimination against fat people is part of a larger cultural obsession with thinness, which has roots in White supremacy.

In her book, Gordon references sociologist Sabrina String’s Fearing the Black Body, in which Strings argues that fatphobia was never about health, but serves as a tool to “validate race, class, and gender prejudice,” dating back to colonization.

“There’s no question that anti-fat bias, and anti-fatness as a structure, is a direct outgrowth of anti-Black racism,” Gordon says.

Because of fatphobia’s history as a structural means of body policing, Gordon says, “all of the ways that we level our bad behaviors at fat people are absolutely entrenched in oppressive systems, in violent forms of communication.

There’s no consent built into any of it. All of that is a direct outgrowth of what we’ve all learned from White supremacy.

Well, certainly what White folks have learned from White supremacy.”

Today, fatphobia has nestled into many of our social structures: “As of 2020, in 48 states, it is perfectly legal to fire someone, refuse to hire them, deny them housing, or turn them down for a table at a restaurant or a room in a hotel simply because they’re fat,” Gordon writes.

“We’re very good at talking about fat people without ever talking to fat people.” Click to Tweet

So who really seeks to gain from dieting? Ah, right. That’d be the U.S. weight loss market worth $66 billon.

Diet culture is insidious. You see it on TV, like when Miranda from Sex and the City joins Weight Watchers right after having a baby.

You hear it from your co-worker who won’t stop talking about how they simply cannot eat another cookie at the holiday party.

And I’d venture to guess you even hear it in your head, when your pants are suddenly fitting a little differently. Regardless of how normalized diet culture is, it’s harmful.

“The research on diet talk alone is real wild. People who even overhear a stranger talking about their diet will take a hit to their self-esteem.

We have managed to normalize something that is by almost every measure harmful to pretty much every person.

Fat people bear the brunt of it because we’re forced to be aware of our bodies in a different way and where we sit in the hierarchy of body shapes and sizes.

But the effects are no less dire on thinner people as well. Everybody pays a price,” Gordon tells me.

Gordon shares many stories like the one about the airplane incident throughout her book, ranging from strangers in grocery stores telling her what food she should or should not buy, to being enrolled in fat camp at age 9.

Reading about this, my heart broke for fat kids everywhere who bear the burden of our obsession with thinness.

I had to know: How does one heal from this kind of trauma?

“I find an immense sense of freedom and power in learning the histories behind this stuff and doing deep dives into the research.

They are not based on outcome-driven ideas. The ways that we treat fat people are kind of terrible, and they don’t actually make fat people thinner, or healthier, or happier.

None of the above. There’s something about peeking behind the curtain of all of this that feels immensely empowering,” Gordon says.

A peek behind the curtain might just turn into a trip down the rabbit hole: Research indicates that weight stigma and fat bias are actually more damaging to one’s health than being overweight or “obese.”

All the fuss and concern-trolling over fat people’s health? It’s actually incredibly harmful. 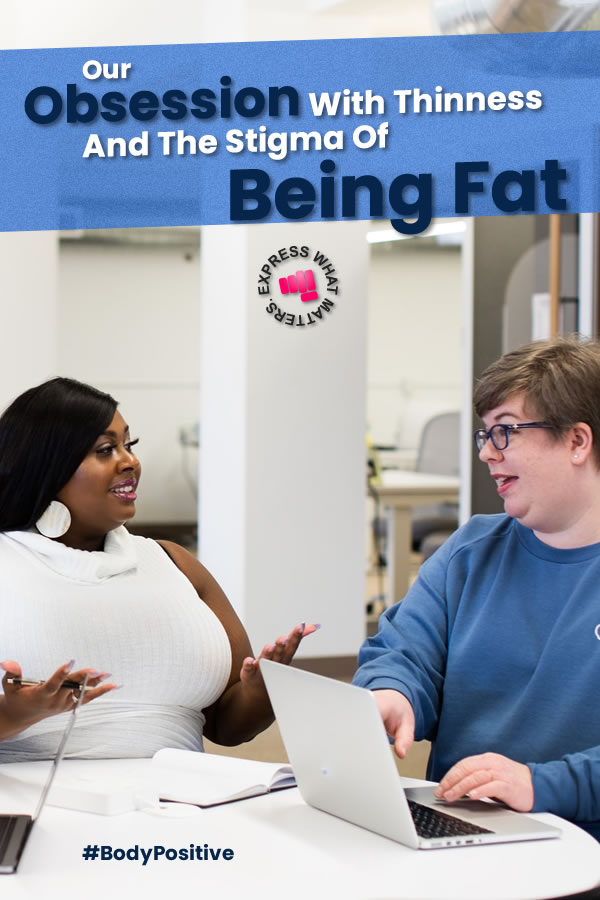 Fat folks know concern trolls all too well. Gordon describes them as people who “position themselves as sympathetic supporters,” when they’re really just well-intentioned bullies.

A concern troll might ask a fat person what diets they’ve tried before asking them if they even want to lose weight, or even ask for their consent to engage in what might be a sensitive topic.

“The simple fact … is that concern harms fat people. It wrests our bodies from our control, insisting that thin people know our bodies best and that, like a car accident or child abuse, fatness requires a mandatory report,” Gordon writes.

The dark underbelly of concern-trolling is our cultural obsession with thinness.

Thinness is not just a descriptor for a body size. Like health and wellness, which many argue is the newest incarnation of diet culture, thinness has become culturally synonymous with moral virtue, thus making fatness its moral opposite.

And according to Gordon, thinness takes a lot from us. “Thinness is a bizarre and alienating construct.

Plus size or straight size, seemingly none of us believe that we qualify for the distant perfection of thinness,” she writes.

So how do we take back our right to live with dignity, regardless of our bodies’ size?

Our ability to live fully and justly in the bodies we have?

The last chapter of Gordon’s book supplies a vision for a better world for fat people, and all people.

What I wanted to layout in that last chapter wasn’t the end-all-be-all of fat liberation, but a series of policies that would actually stem the tide of the incredible wave of harm that is visited upon fat people.”

She recommends some easy policy changes, like including body size as a protected class in schools where states have banned bullying.

“The number one reason that kids are bullied in school is because of their weight. It’s above and beyond anything else. … We could make some serious strides to reduce the harm that is facing fat kids in schools.”

All of the policy changes she proposes are pretty light lifts, but they would be strides toward dignity for fat people.

Aside from structural changes, I wondered what thin people specifically could do to be better allies to fat people.

“Talk to your doctor about how they treat fat patients. See if they have equipment that holds fat people.

In your friendships with fat people, ask them about their experiences as fat people.

Ask them what you can do to help them in the moment if you witness street harassment or someone treating them differently as a result of their size.

There are all kinds of ways for folks to show up for this kind of work,” Gordon says.

As a full-time organizer with 12 years of experience, Gordon wanted her book to be accessible to folks who may not know much about anti-fatness, as well as being validating for other fat folks.

And if you are a fat person who has thought about this a lot, my hope is to have created something that allows fat folks to see themselves reflected in a way that doesn’t usually happen.”

I left our conversation feeling hopeful. Is a better world for fat people on the horizon?

Can we learn to let go of our obsession with thinness and weight loss? Gordon, in true organizer fashion, reminds us that building a new world is never simple.

But we must get to work. 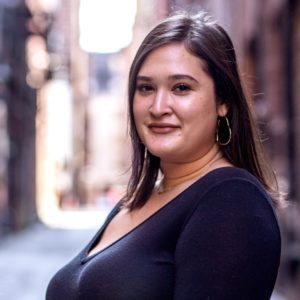 Ayu Sutriasa
Ayu Sutriasa is the digital editor at YES!, where she edits stories in the health and wellness beat, in addition to specializing in gender and body politics. Ayu also writes about body politics for her blog, ayusutriasa.com. She currently lives on unceded Duwamish territory, also known as Seattle, Washington. She speaks English and French.
More on: Body Positive Plus Size 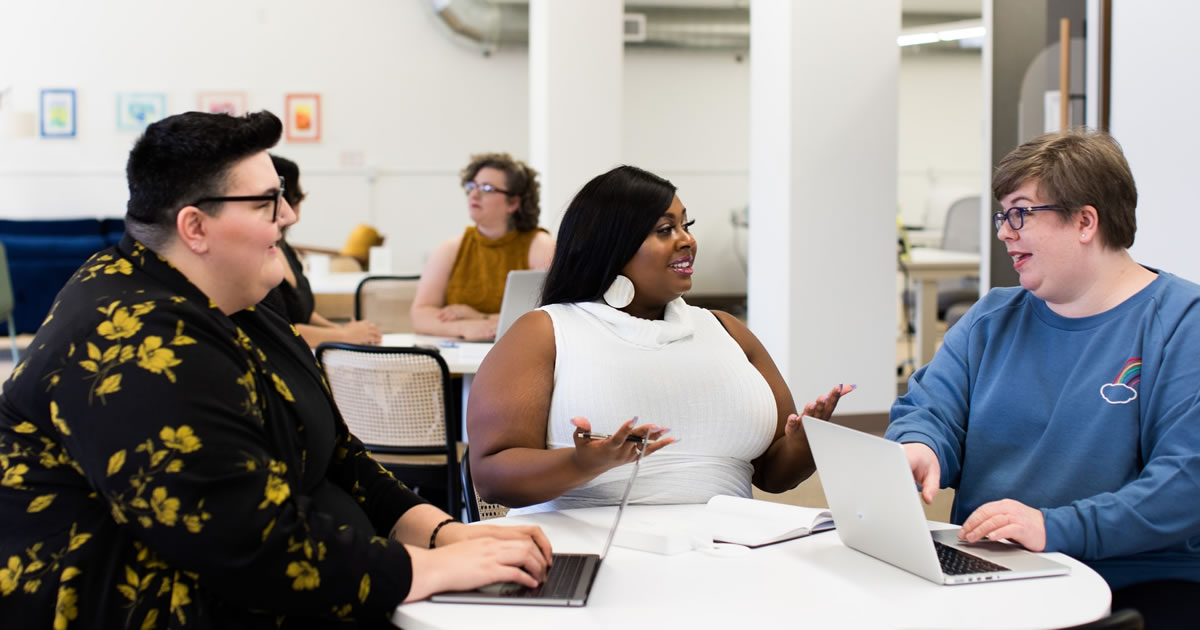 Our Obsession with Thinness and the Stigma of Being Fat

Our conversations about fatness are extremely one-sided: “We’re very good at talking about fat people without ever talking to fat people.”
Subscribe to Our Monthly Magazine