Journalist Eliza Griswold, writing for The New Yorker, chalks this up to the theological rigidity of evangelicals: that they have been structurally incapable of changing course quickly enough to stem the tide.

Others have suggested that the alliance between white evangelicalism and Republicanism is largely to blame for the decline of evangelicals.

They believe that becoming so intertwined with the polarizing figure of former President Donald Trump has marginalized evangelicals in the public arena, making it even less likely for them to win over new converts.

While the share of Americans who identify as evangelical by religious tradition does seem to be falling – from 19% to 16% for white evangelicals, according to a recent Pew survey – that does, I believe, obscure a bigger and possibly more important story.

Looking at the data from a slightly different angle suggests that the share of Americans who self-identify as evangelicals has not changed in any meaningful way over the past decade.

In fact, larger shares of Americans have said that they have had a born-again experience in 2018 than at any point since 1972, according to the General Social Survey.

Moreover, as someone who analyzes religious data, I believe the link with politics may in fact be a central reason evangelicals are not declining significantly as a share of the U.S. population.

Evangelicalism is not toxic

In both the General Social Survey, which has been asking questions about religion since 1972, and the Cooperative Congressional Election Study, which interviews tens of thousands of Americans every year, respondents are asked if they consider themselves “born-again” or “evangelical.”

In 2008, 1 in 3 people who responded to the CCES said that they do see themselves as evangelical.

In 2019, that number was 34.6%. In the GSS, the share who said that they had experienced a “born-again experience” has risen four percentage points during the same period.

No one gets to claim ownership over a word – especially one that is so fraught as the term “evangelical.” Click to Tweet

These self-identification measures are so important because they allow researchers a window into the mind of the average person.

If the term “evangelical” has become as radioactive as many people suggest, then it would seem reasonable that smaller percentages of the public would willingly take on the label – but they are not. Just the opposite, in fact.

But just because the share of Americans who identify as an evangelical has not changed in a statistically meaningful way doesn’t mean that the composition of that group has not.

A crucial part of this story is that the term “evangelical” has, I believe, become somewhat detached from its theological roots and morphed into a term that seems to capture political sensibilities as well.

As political scientist John Green notes, “[evangelicals have] become very strongly associated with Republican and conservative politics, because since the days of Ronald Reagan up until today, that group of believers has moved in that direction politically.”

There’s evidence of this move from the theological to the political. In 2008, 59% of evangelicals said that they attended church at least once a week.

Just 16% said that they attended services “seldom” or “never.”

By 2019, those percentages had shifted significantly. The share who were weekly attenders declined a full seven percentage points, to 52%. 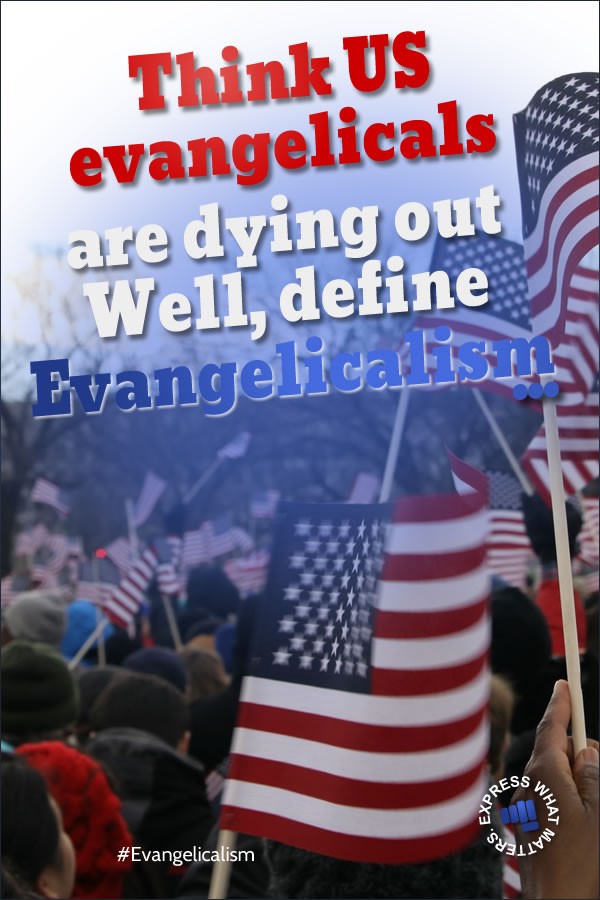 On the bottom end of the spectrum, nearly a quarter of self-identified evangelicals said that they attended church “seldom” or “never” (24.2%).

The implication is that for many of those who self-identified as “evangelical,” it is not just about devotion to a local church, but to a general orientation to the world.

As Republicanism and the religious right have become more enmeshed, it seems logical to assume that these less religiously devout people may consider their evangelicalism to be a question of political identity, rather than religious beliefs and customs.

And this is apparent from another angle, as well.

Respondents were asked to describe how important religion is in their daily lives. In 2008, over 80% of evangelicals said that religion was “very important” to them.

But, as each year passed, that share began to decline. By 2019, 73.7% of evangelicals said that religion is “very important” – a decline of over seven percentage points in just 11 years.

Religious evangelicals may look at these numbers and think, “This is not what the term evangelical means.”

The assumption is that the term describes those who place a high value on the teachings of the Bible and strive to evangelize other people into their faith.

However, that understanding of the term seems to be fading, replaced with a more amorphous concept that melds together religious doctrine and an affinity for conservative politics that experts are only beginning to understand now.

For instance, in her book “From Politics to Pews,” scholar Michele Margolis argues that people are choosing their religious affiliation based on their political partisanship with greater frequency now than in prior decades.

No one gets to claim ownership over a word – especially one that is so fraught as the term “evangelical.”

The data offer some insight into how the definition might be evolving, not how it is defined in theological texts and social science manuscripts.

Select options
Religion
Why is it so hard for atheists to get voted into Congress?

Every election cycle has its “firsts.” This year it's Kamala Harris of Black and Indian heritage for vice president. What about the first atheist or agnostic? 👊🏿👊🏽👊🏻

The death spiral of evangelicalism has long been written about in both the religious and mainstream press. However, is it so? 👊🏿👊🏽👊🏻 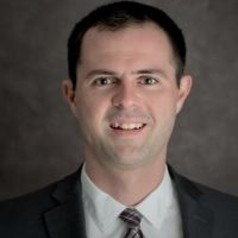 Ryan Burge (Ph.D., Southern Illinois University) teaches in a variety of areas, including American institutions, political behavior, and research methods. His research focuses largely on the intersection between religiosity and political behavior (especially in the American context.) Previously, Ryan has completed an appointment as a post doctoral research fellow at the Paul Simon Public Policy Institute in Carbondale, Illinois.

The death spiral of evangelicalism has long been written about in both the religious and mainstream press. However, is it so?
Subscribe to Our Monthly Magazine