This site (yakesho.com) contains links, referrals, and ads from our affiliates, sponsors, and partners. We receive commissions from affiliate sales that emanate from this site. Clicking these links won't cost you any extra.

The body’s defenses lose flexibility and diversity over time, and protective responses to vaccines weaken as well. Scientists are working on ways to boost seniors’ protections against influenza, the novel coronavirus, and other pathogens.

As cases and deaths from the coronavirus pandemic rise, one trend remains consistent: The virus is deadliest for older adults.

Eight in 10 Covid-19 deaths in the United States have been among adults 65 or older, according to a mid-March report from the Centers for Disease Control and Prevention.

Older adults, of course, are more likely to have existing medical conditions and weakened respiratory systems — two major risk factors for becoming severely ill from infection by SARS-CoV-2, the virus that causes Covid-19.

But scientists believe that another factor in the observed heightened risk is likely the general decline in the immune system that’s seen with age. In medicine, it has long been known that older immune systems struggle to fight off infections.

The ebbing of resistance to infectious disease with age is particularly clear when looking at studies of vaccines. During 2018–19, for example, the seasonal flu vaccine was effective for roughly three of every five children 17 and younger, according to the CDC.

The same vaccine was effective for only about one of every four adults 50 and older.

Scientists have rushed to start trials for a vaccine against SARS-CoV-2.

But even when they succeed in developing an effective one, University of Pennsylvania immunologist Michael Cancro worries that any coronavirus vaccine may be less effective for older adults — just as current vaccines are for other diseases.

“I doubt it’ll be worse, I don’t think it will be any better,” says Cancro, who wrote about age-associated changes in the immune system in the most recent Annual Review of Immunology.

Scientists are working hard to understand how age changes the immune system so that they can better protect seniors against current and future infectious diseases. It’s a timely goal.

By 2030, there will be more adults over 60 than children under 10, according to the United Nations.

In addition to the current threat of Covid-19, influenza poses a serious risk to this age group: Nearly three of four people who died of flu during the 2018–19 season were 65 or older, according to the CDC.

Here’s some of what researchers know so far.

How do vaccines work?

Vaccines stimulate the immune system in much the same way as an actual infection — minus the risk of major, deadly symptoms — because they contain fragments of disease-causing microbes, or pathogens, for the immune system to recognize.

A prime example is the seasonal flu shot, made of pieces of the influenza virus. Other vaccines, such as polio, use inactivated or weakened versions of the whole virus or bacterium.

“It’s more or less been: You slice and dice the pathogen, you see what works,” Cancro says.

A successful vaccine will activate two classes of immune cells: B cells and T cells. B cells inactivate pathogens or mark them for killing by coating them with Y-shaped molecules called antibodies.

T cells kill infected cells and direct the activity of the rest of the immune system, including B cells.

Those T cells are alerted to potential threats by another immune player called the antigen-presenting cell.

It engulfs chunks of the pathogens, chomps them into bits and displays those bits on its surface.

Nearby T cells respond to this by dividing rapidly to increase about a thousand-fold; your doctor can feel the difference by checking for swollen lymph nodes in your neck.

Most of the activated B and T cells will die soon after encountering a microbe or vaccine. But some become memory cells, which can last years or even decades and protect against future infections of the same kind.

Memory responses are the hallmark of a successful vaccine and are especially valuable for those with the least prior exposure to pathogens: children.

How do immune responses change with age?

Older adults struggle to respond to pathogens they haven’t already been exposed to. One example is yellow fever, a virus endemic to sub-Saharan Africa and Latin America.

Studies show that older people from other regions, most of whom have never been exposed to the virus before, take longer to produce antibodies in response to yellow fever vaccine, and those antibodies tend to be less effective at stopping the virus.

Something similar may happen with a vaccine for the SARS-CoV-2 virus, says Stanford immunologist Jörg Goronzy. “It will be one of those events where we vaccinate older people for something they’ve never seen before.”

There are likely multiple reasons for a waning immune response with age. One is that B cells in older adults produce antibodies that are less fine-tuned.

When a B cell activates and starts to divide, with each division it slightly tweaks — mutates — its antibody-producing genes. This creates a population of cells with slightly differing versions of the same antibody, a bit like musical variations on a theme.

Some antibody versions will latch onto a pathogen better than others. B cells producing the most efficient forms get signals from neighboring T cells to continue dividing, while the remaining cells die off.

And while older adults do retain immune cell memory, they can also struggle to respond to new versions of a pathogen that have shifted a bit since the person’s last encounter with it.

Scientists have long known that, when confronted with a new strain of a pathogen, the immune system will respond less strongly to it than to the first strain.

That happens because memory cells from the first exposure gear into action and drown out a more tailored response to the newer strain. “We still don’t exactly understand why the heck that is, but it’s a fact,” Cancro says.

Immunologists call this phenomenon original antigenic sin, in an allusion to the story of Adam and Eve in the Garden of Eden. Original antigenic sin makes it harder to mount effective antibody responses to rapidly mutating pathogens, such as influenza.

The H1N1 flu strain, for example, has been with us ever since its emergence in the 1917–18 Spanish flu pandemic and during that time has acquired about 14 new mutations a year.

Older adults also have fewer T cells that can respond to new infections or vaccinations. After around the age of 20, we mostly stop making new T cells and rely on keeping existing cells alive, says Goronzy, who studies aging’s effects on T cells. He likens this change to a city losing skilled laborers.

T cells that do survive behave differently from those in youth. Work from Goronzy’s team and colleagues has shown that T cells in older adults are less likely to assist B cells or become long-lived memory cells.

Instead, older adults tend to produce T cells that die after short bursts of activity — a necessary part of any immune response, but not one that leads to lasting protection.

How are researchers improving vaccines for older adults?

One success story that researchers hope to learn from is Shingrix, a vaccine for varicella-zoster virus, which causes chickenpox and shingles.

Shingrix was approved by the US Food and Drug Administration in 2017 and is recommended by the Centers for Disease Control and Prevention for adults 50 and over. 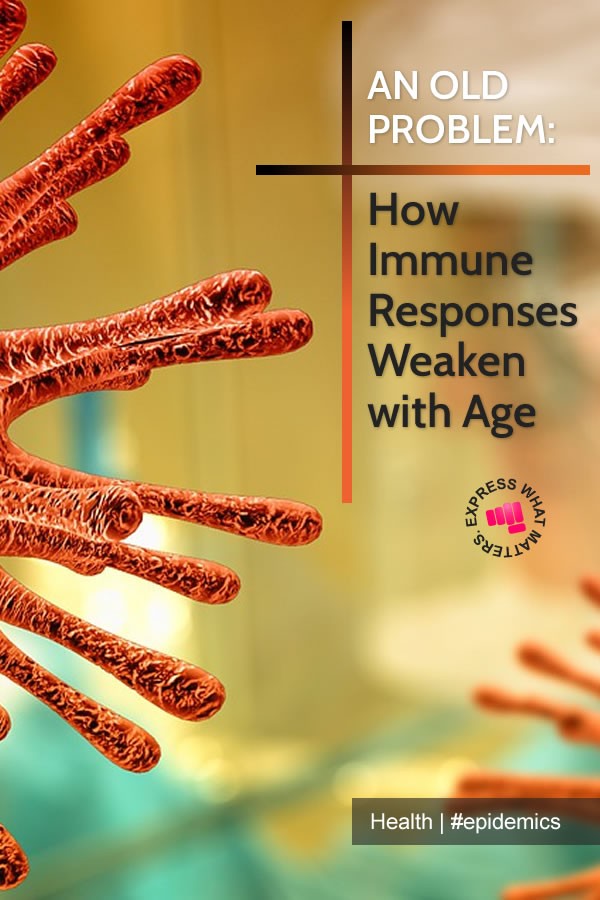 Studies show that the vaccine is about 90 percent effective in preventing shingles among adults 70 to 79, and equally effective for those over 80. One strength of the vaccine is its ability to boost immune memory; older adults vaccinated with Shingrix had stronger memory T cell responses than adults vaccinated with Zostavax, an older shingles vaccine that is about 50 percent effective.

Unlike Zostavax, Shingrix was designed to include molecules that stimulate antigen-presenting cells through the same pathways that activate these cells when they encounter bacteria.

“We’re seeing more imagination in the way we formulate vaccines,” Cancro says, “either in terms of mimicking what a pathogen looks like or providing molecules that drive immune cells.”

Researchers are also looking to identify immune pathways affected by age and trying to reverse some of these changes. In a 2018 study, 264 adults age 65 and up were treated with experimental drugs that inhibit a biochemical pathway that becomes more active with age.

Those pretreated with the drugs had stronger flu vaccine antibody responses than those given the flu shot alone — suggesting that older adults may benefit from vaccines tailored to their biology.

How can older people best protect themselves against infectious diseases like the flu?

One option is to take a flu vaccine designed specifically for older adults. The CDC doesn’t specifically recommend any one version of the flu vaccine for them, but two in the United States are offered only to people over 65.

One of these, Fluzone High-Dose, contains four times the dose of a standard flu shot. A 2014 study reported that while 1.9 percent of older adults who received the typical vaccine got the flu, only 1.4 percent of those administered Fluzone became infected.

The other choice, FLUAD, is a standard-dose vaccine that includes an additional ingredient to boost antibody and T cell responses — a similar strategy to the Shingrix vaccine, though the specific ingredient is different.

Even a vaccine that isn’t 100 percent effective can reduce recovery time and symptom severity. A CDC study reported that adults 50 and older who got the flu vaccine during 2010–11 cut their risk of ending up in the hospital due to flu by more than half.

Plus, getting vaccinated makes you less likely to infect family, friends and coworkers — some of whom might be immunosuppressed or unable to get certain vaccines.

Too many times political interests are put before the saving of lives! Lies and cover-ups turn epidemics into pandemics. Express the importance of transparency.

Too many times political interests are put before the saving of lives! Lies and cover-ups turn epidemics into pandemics. Express the importance of transparency.

Too many times political interest are put before the saving of lives! Lies and cover-ups turn epidemics in to pandemics. Express the importance of transparency.

This article explains how vaccines work and how immune response changes with age. And concludes with ways that vaccines are being improved for older adults.

The more people understand how aerosols work, the more people can avoid spreading the coronavirus. This post explains the science of infectious aerosols.

There are many cheap and effective ways to provide safe water to the world’s poor regions. But projects often fail due to inadequate planning and more. 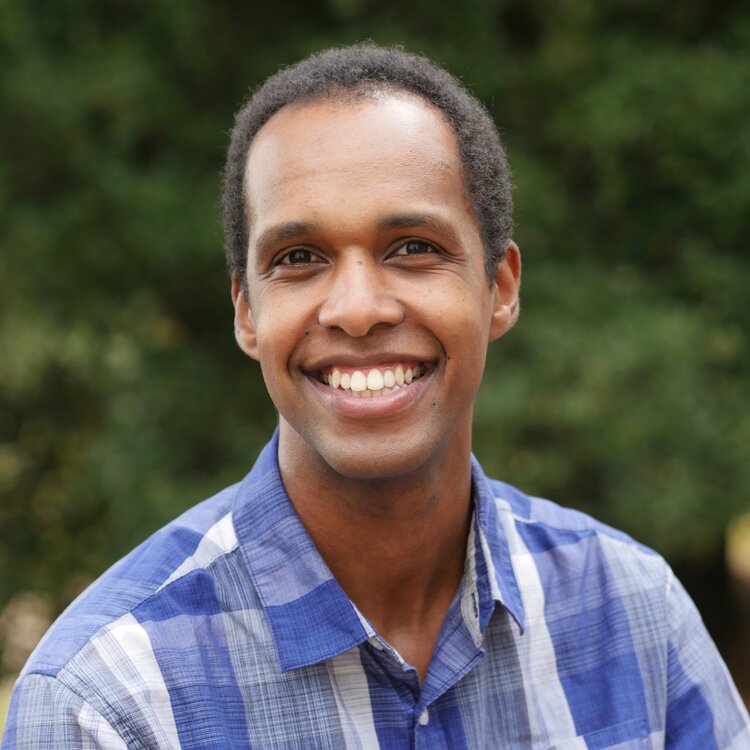 Jonathan Wosen is Knowable Magazine’s writing intern. He spent years researching the immune system and now writes about it as a science journalist. You can follow him on Twitter @JonathanWosen or find more of his work at www.jonathanwosen.com. 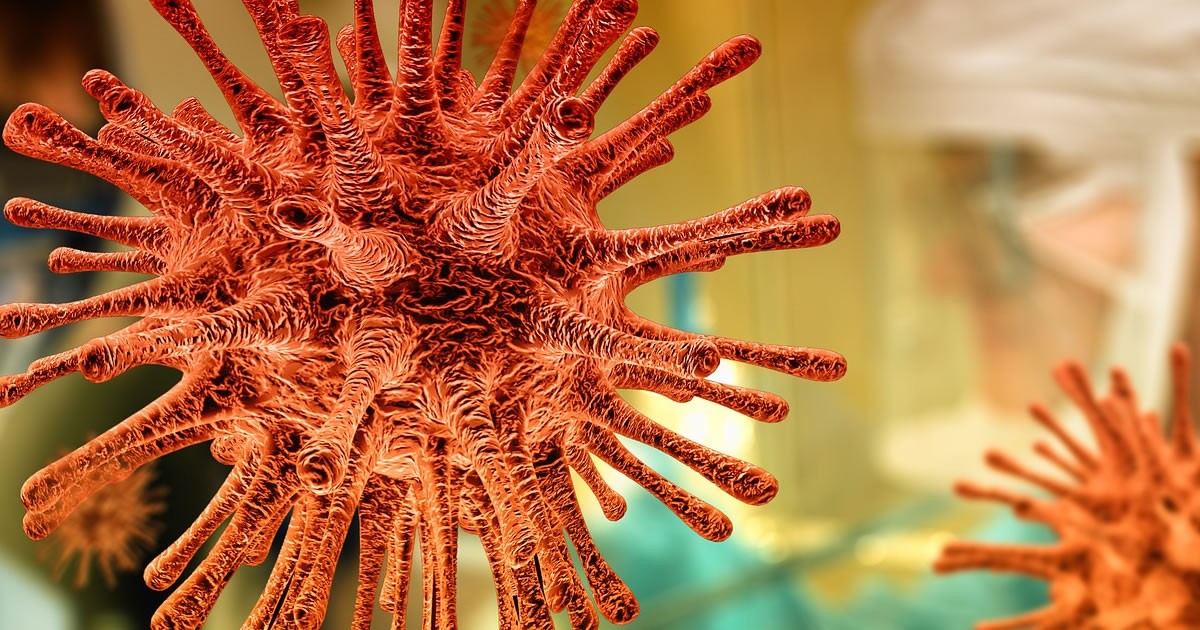 An Old Problem: How immune Responses Weaken with Age

This article explains how vaccines work and how immune response changes with age. And concludes with ways that vaccines are being improved for older adults.
Subscribe to Our Monthly Magazine